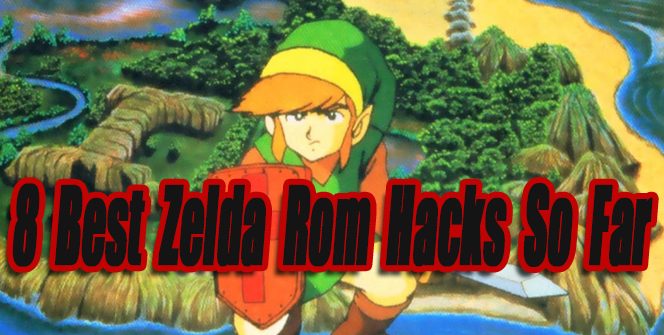 Many fan-created Zelda rom hacks have released throughout the years. Unfortunately, most Zelda rom hacks are unfinished and only include simple character changes. While others are just plain terrible. In this article, I have listed the 8 best Zelda rom hacks released so far. I have to admit none of the games listed below are amazing, some are even mediocre. But they’re the best of what’s out there and worth checking out if you’re interested.

NOTE: The rom hacks featured in this article are based on 3 different Zelda games from 3 different video game consoles. 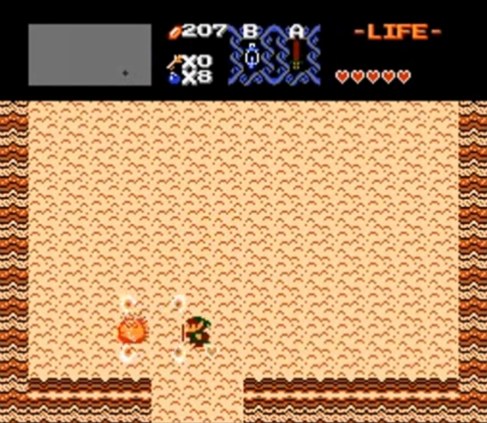 The Legend of Zelda: Outlands is by far the best NES Zelda rom hack so far. It’s not a complex hack but it changes everything about the Legend Of Zelda. The original map, story, dungeons, enemy graphics, and secrets have been completely changed. Some Zelda fans prefer Outlands new map over the original. The map is very professionally done. The enemy and dungeon placements keep the pacing of the game fun and interesting. This game is harder than the original though, which could be a turn off for some gamers. Link’s sword is located in a very odd area. But after you find it you’ll probably laugh about where it was!

If you love the original NES Zelda game and are seeking a more challenging experience. Then Outlands is worth a playthrough!
– More Information & Download 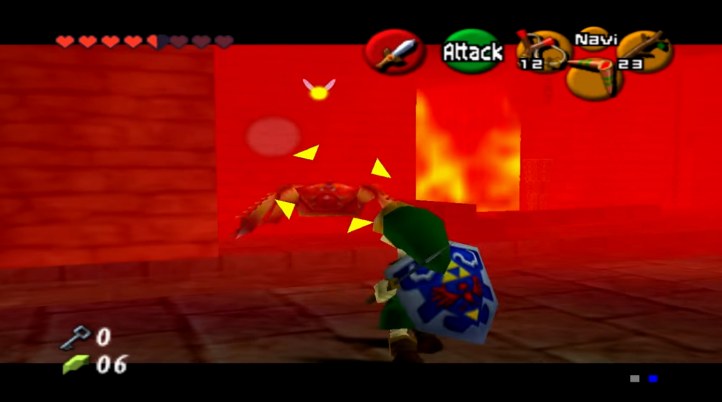 Zelda’s Birthday is my personal favorite rom hack based on Nintendo 64’s Zelda: Ocarina of Time. Zelda’s Birthday features an all-new story. Link is on a quest to find Princess Zelda gifts for her birthday. Link even travels down to a dungeon in hell! The new story is kind of corny, but it’s fun. Zelda’s Birthday also has 3  redesigned dungeons to explore, new NPC scripts, side quests, and loads of secret goodies to find.

The Legend of Zelda: Special (Switch) 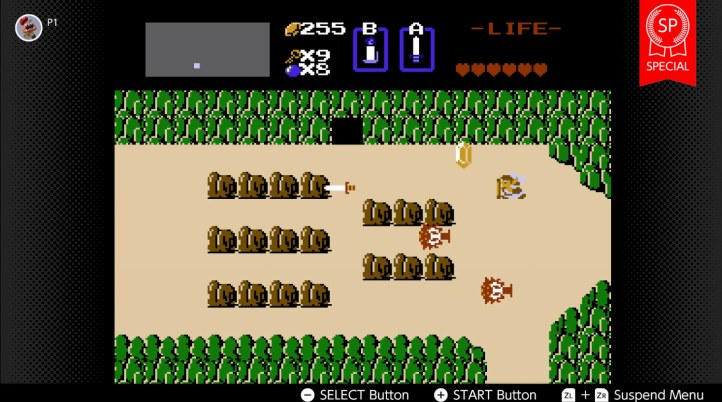 The Legend Of Zelda: SP (AKA: Living the life of luxury) is an official Legend of Zelda rom hack created by Nintendo. Yes, Nintendo actually hacked and altered one of there own classic games and did it completely legally! This game is available to all Nintendo Switch online subscribers. The Special version is basically The Legend Of Zelda easy mode. Players start with every item in the game and a generous amount of rupees.

Since the original Zelda game is fairly difficult, this hack is welcomed. I never expected Nintendo to get into rom hacking scene! xD
– More Information 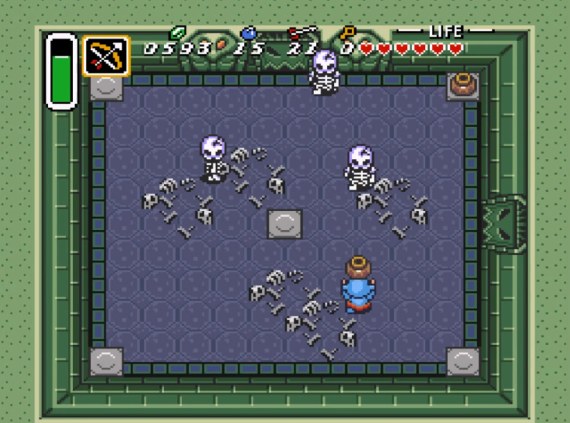 ALttP: Randomizer is a rom hack based on A Link To The Past for the Super Nintendo. ALttP: Randomizer shuffles all the important items around. You’ll find the items in random locations across the map. This game is fairly popular via online tournaments. Players race to see who can find all the items first.

There are randomizers available for other Zelda games, but ALttP: Randomizer is the most fun.
– More Information & Download 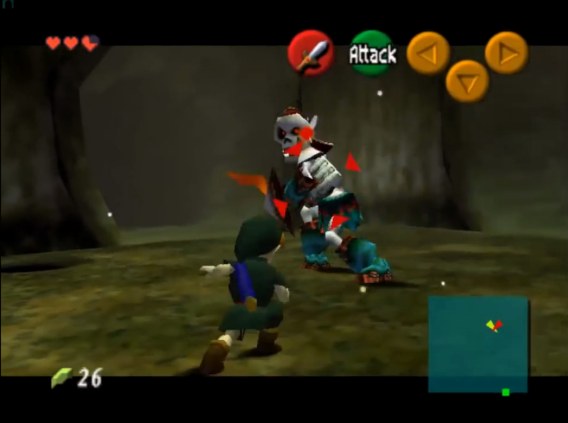 The challenging dungeons in Voyager of Time might be too difficult for a lot of players. This game was definitely made for the hardcore Ocarina of Time fans seeking a new challenge.
– More Information & Download 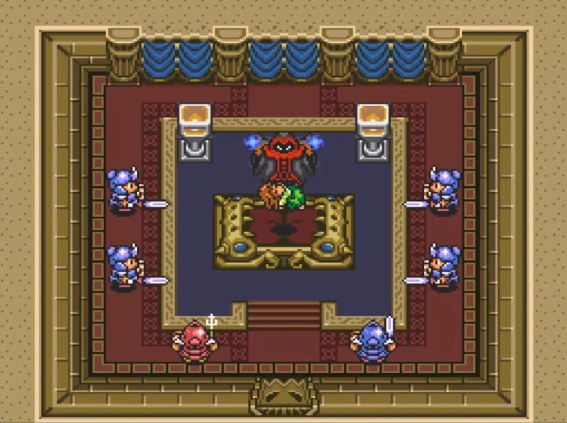 Zelda: Parallel Worlds is a completely redone rom hack based on A Link to the Past for Super Nintendo. Almost everything in this game is new. The story, dungeons, item placements, music have been created from scratch.

I actually liked this game, but it’s frustratingly hard. I still haven’t beat it yet. Someday I will go back to it.
– More Information & Download

A Link to the Past: Goddess of Wisdom (SNES) 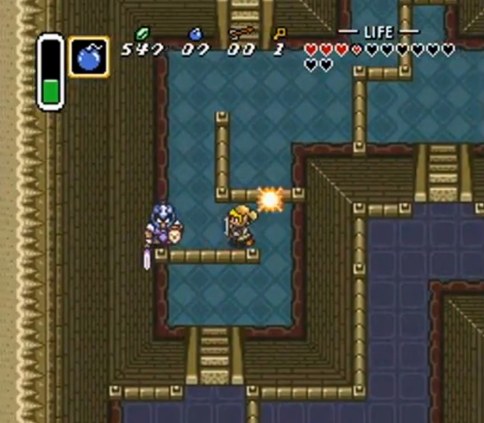 Overall Goddess of Wisdom has great pacing and is fairly fun to play. Going into this one you’ll have to have a lot of patience though. Because the puzzles and difficulty can be overwhelming at times. Expect a lot of trial and error gameplay. 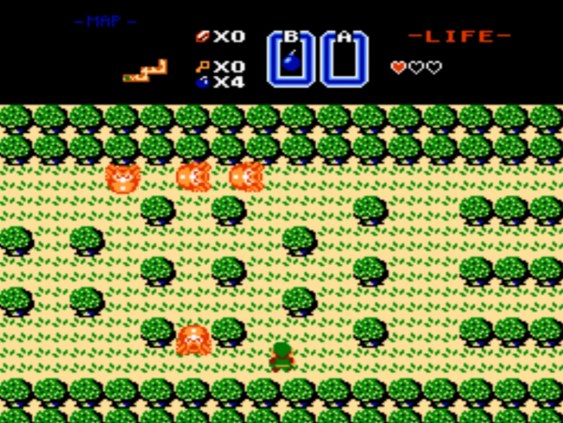 If you’re looking for a hack even more challenging than Zelda: Outlands. Zelda: Link’s Shadow is excruciatingly hard (At least it was for me). The map layout and dungeon designs are the high points of Link’s Shadow. Enemy and item placements will be frustrating for some players. This game was too hard for me, but I have seen players on Youtube breeze through it.