Creating a top list of the best RogueLike games for the Playstation 4 was very challenging.  These games are all awesome for different reasons, so it was hard to rank them. They are of different play style genres. Some are platformers, top down dungeon crawlers,  Shoot ‘Em ups, Metrovania’s and more. Not everyone will have fun with these different genres of Roguelikes. Chances are if you play all the games listed below, your top list will be different than mine. It’s strongly a matter of opinion when it comes to these types of games.   I would recommend checking out any of the games listed, even if you have the slightest interest in Roguelikes. So with that said, These are the following Roguelikes I most enjoyed on the PS4. (NOTE: As I play more Roguelikes, this list will be updated.)

What a hard, yet addicting cute platformer Spelunky is. A touch of Indiana Jones with permadeath style gameplay. Travel through 16 cavern style levels collecting items and treasures. You can use your gold to buy upgrades to help you along the way. Or you can be greedy and steal items from the merchant. Be prepared to pay the consequences though. When you die, you will lose everything and have to start over. The thing about Spelunky is it teaches you how to be more careful in certain situations and what items are better than others. A lot of trial and error. You will get better at it, if you decide to stick with it. I have poured over 100 hours into this one between the Playstation 4 and Xbox 360 versions. 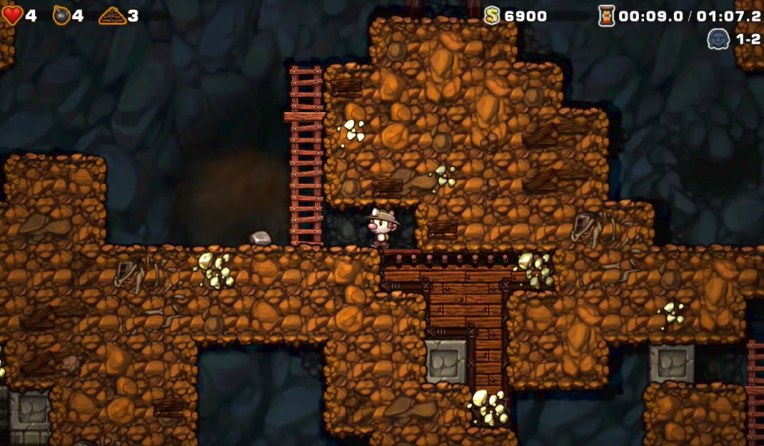 What I enjoy most about Rogue Legacy is that after you die you can use your gold to buy permanent upgrades for your character and weapons. It gives you more of a sense of progression, when you have to start over from the beginning. When you die you will play as the siblings of your hero. 9 character classes to play as and upgrade. I personally liked Paladin and Barbarian King/Queens the best. There are four regions to play through with there own boss. Once you defeat a boss in a certain region, you wont have to fight that boss again. The addiction of becoming a little stronger every time you upgrade your character and learning certain enemies attacks, will make you never want to stop playing. Once you beat the game, you can play again in  hard mode. A lot of replay value is a good thing. 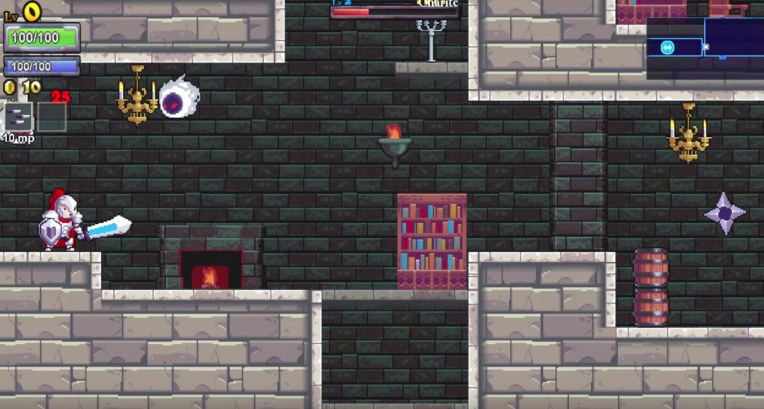 A perfect mix between dungeon exploration and bullet hell gameplay. You will start off with 4 characters to play as. More characters can be unlocked. I loved the much needed tutorial starting out. It teaches you the basics of shooting, dodging and items.  The humor and  graphics in Gungeon are top notch. Even though it’s an indie game, the production value feels high. The developers deserve praise for that. The mix of guns are awesome. Even some guns from other games like Megaman can be found here. The difficulty is hard but once you get in the gun grit of it, you won’t want to stop playing. Like any other Rogue Like trial and error is the key.  (Tip: Finding special keys that can be used outside the dungeon for permanent upgrades is very useful.) 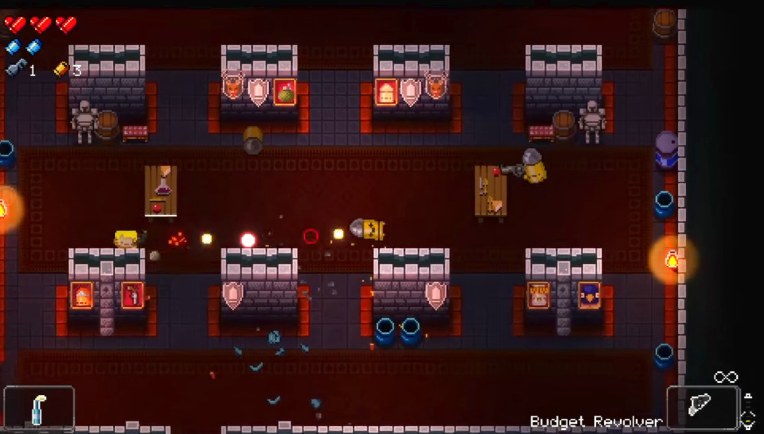 A top down twin stick shooter that takes place in a post apocalyptic setting. Many characters to unlock, it just takes forever to unlock them all. Such simple graphics and extremely hard gameplay might put off some gamers. But it’s oh so addicting. Upon death you will be awarded new skills, characters and weapon pick up’s to be found in your next run. Because of the awards your runs never feel useless. After each level you will be given a set of three mutations to choose from. Stack mutation combinations and figure out what works best. This one is often overlooked, but shouldn’t be. 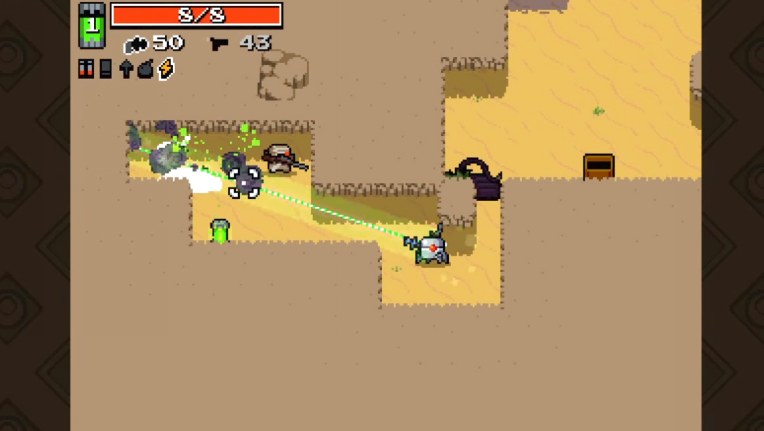 5. The Binding of Isaac: Rebirth

The Binding Of Isaac is top Down 2D Dungeon style Rogue like with a touch of bullet hell. The best randomly generated levels I have ever seen. Even after 40 plus hours of play I was still seeing new items and bosses. Isacc has a lot of cute and creepy artwork to see. Each item will help but also mutate you in mostly horrible looking ways. When you die you will lose everything. Although you will make discoveries and learn attack patterns of enemies. Becoming familiar with certain item powers will help you along the way. Not the hardest, but when you die with that rare item you loved so much you might rage a bit, lol. 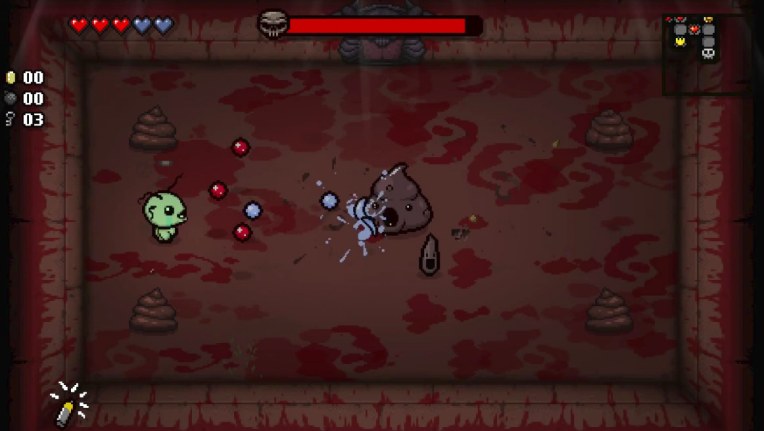 Don’t get to attached to your characters in the Darkest Dungeon. They will end up dying, just learn to move on. Tactical turn based combat with a lot of trial and error. Always keeping you on your toes and the stress level high, because you never know how to handle new enemies that are in front of you. The learning curve to equipment and your team will take a little time to get used to. The more you play this one, the more it will grow on you. At first I hated this game, but ended up loving it once I understood how to play it correctly. Grinding and leveling up fans will feel at home with this one. 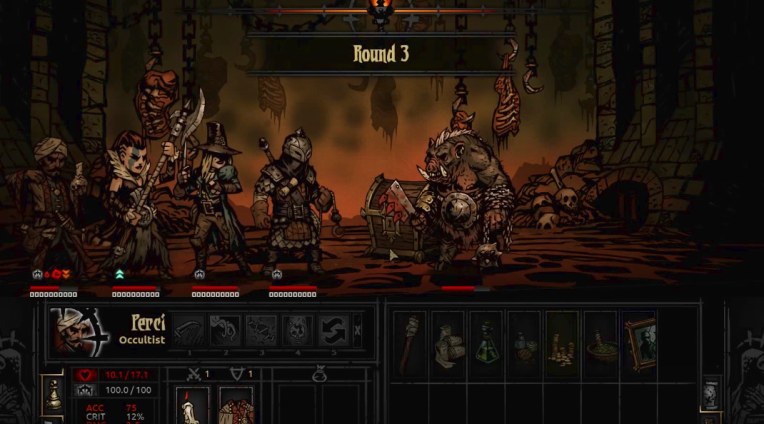 7. Crypt Of The NecroDancer

Crypt Of The NecroDancer is rhythm dancing dungeon roguelike I will never forget. I  enjoyed the fantastic music and jump to the beat attacking enemies from all directions. Figuring out the beats of enemy attack moves is essential to learn. Try to build up your multiplier by hitting enemies flawlessly with the beat of the heart. This will help you gain coins and item bonuses. There are 3 levels in each zone with a total of 5 zones. 5 Boss fights can be found in each zone and luckily they are not very hard if you have the right weapons and gear equipped. The dancing gimmick is not for everyone but this is a true roguelike at heart. 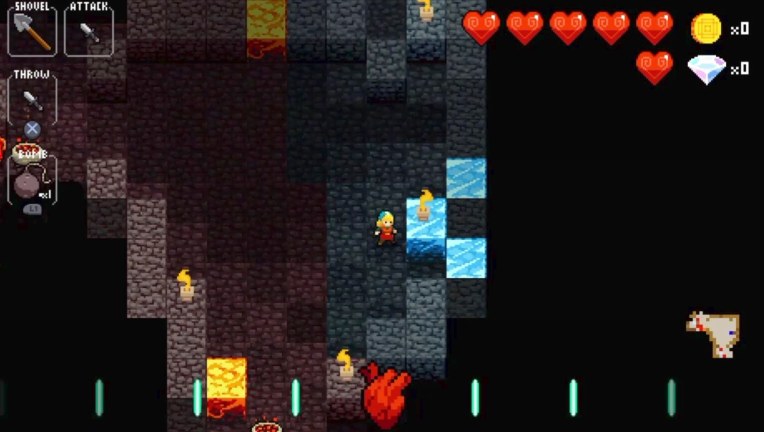 Galak-Z is a Shoot’Em Up with permadeath. Each level is like a TV Episode that is never the same because of randomly generated level design. I enjoyed the characters and the 1980’s style cartoony dialogue. Every play through provides unique missions to complete. Play through 6 levels with a final boss battle boss at the end. Collect an assortment of loot by blasting enemies. Loot can be used at the travel shop to buy nice ship upgrades. RogueLike fan or not everyone should at least try this unique game. 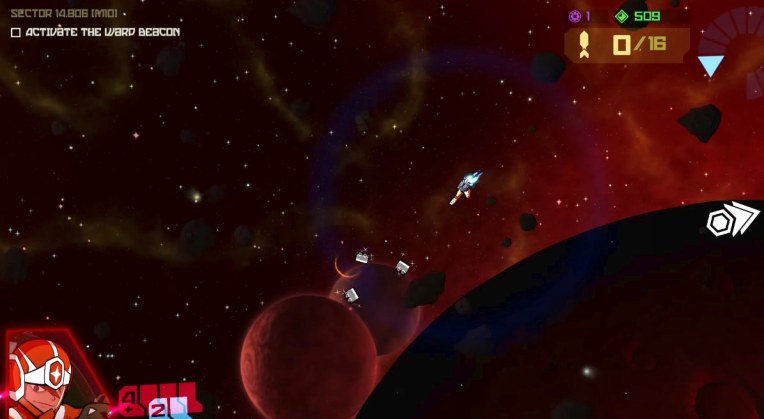 DOWNWELL is as simple and addicting as they come. At first glance it looks like a gameboy color game from the 90’s. I can assure you the depth of learning what the best upgrades to use and enemy attacks is deeper than any gameboy game, lol. While falling down, armed with guns, blast bad guys in your way and try to make as far down into the well as you can. When you die, you will lose everything, but earn in-game color pallets sometimes. The bottom of the well holds a evil boss that’s not too hard. Once you beat the game hard mode will be earned! 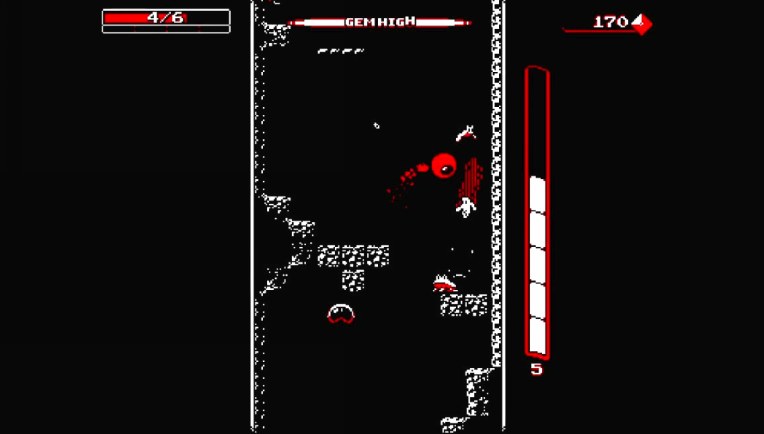 Yeah!!! Flame Over has permanent upgrades like Rogue Legacy. The objective is to rescue people and put out fires on the floor before you can advance to next one. Basically a Firefighter game with randomly generated levels and Roguelike gameplay. Not a very known game, but better than a few other more popular games in my opinion. If you are a fan of the genre give this one a go. 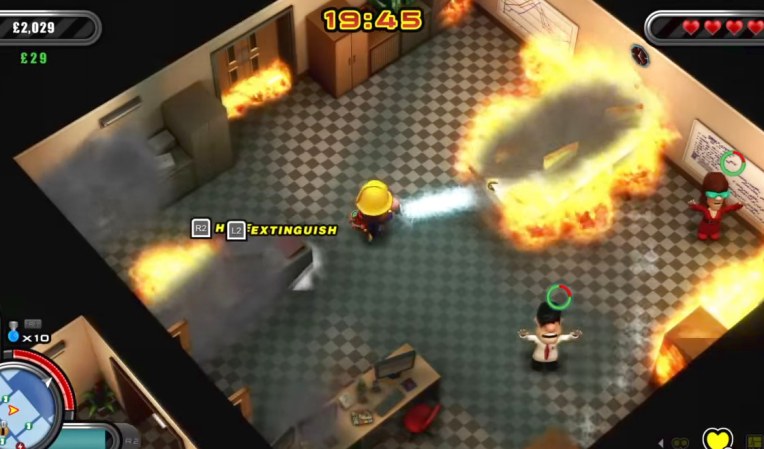 Ziggurat – If you like 3D first person shooters, with a wizard type theme! You might like Ziggurat. The enemies and gameplay felt inconsistent at times for me. Although graphics are great, very clean and colorful looking. I almost was going to add this as the number 10 pick. It was a toss up though. Overall I did enjoy Ziggurat.

Risk of Rain – Risk Of Rain was not my cup of tea. The 2D pixel art and large levels tired me out after a while. Played it for a few hours, but I could never get addicted to it like other Roguelikes. Many reviewers and gamers love it though. It’s worth checking out. You might like it!

Dragon Fin Soup – A pretty good RogueLike if you absolutely love the genre. More traditional dungeon style. For me, it became boring after a while. The maps and interface are just just too plain. Overall worth a try though.

If you know of any other Roguelikes I should play on the PS4? Or you agree or disagree with the list! please comment below!