Best Rally Games On PS4 Or Xbox One So Far 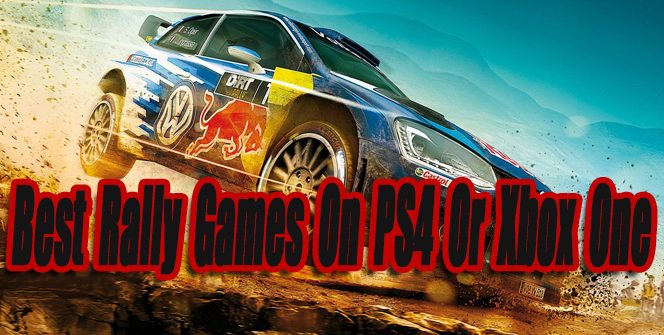 The first great rally racing game I remember playing was SEGA Rally Championship for the SEGA Saturn console. SEGA Rally was a fun fast-paced arcade style rally racer. On the original Xbox and Xbox 360, I enjoyed playing more realistic rally simulators like the Colin McRae Rally Series and RalliSport Challenge 2. The current gaming generation has yielded fewer rally games compared to previous gaming generations. However, most of the rally games released this generation have been at least decent to great. This article features the best rally games released on PS4 or Xbox One so far, along with an honorable mentions list and an anticipated game coming soon list. When new worthy games are released, this article will be updated. 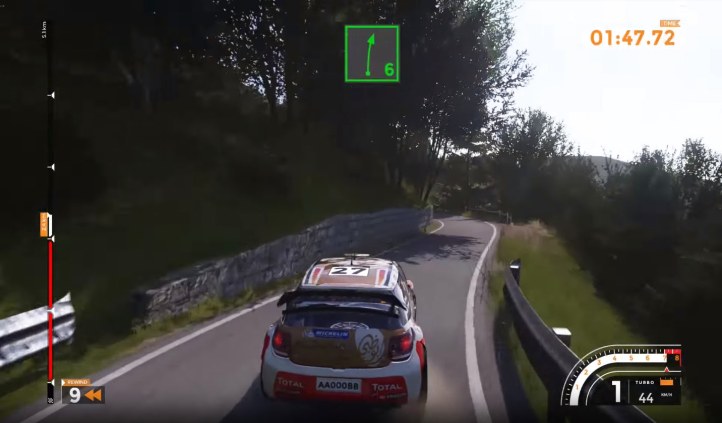 – See It On Amazon: PS4 | Xbox One
Sebastien Loeb Rally Evo is worth playing as long as you are a hardcore rally games fan. The variety of cars, nice environmental graphics, and challenging tracks are impressive. Newbies to rally simulators will probably become frustrated with the narrow tracks offered in Sebastien Loeb Rally. The long narrow tracks combined with aggressive computer AI opponents can be really challenging at times. The car driving physics are also a little different when compared to other rally games. Most cars seem to spin out easier and jumps can feel a little floaty at times. Getting used to the controls takes some trial and error and patience. Overall racing game newbies should probably stay away from Sebastien Loeb Rally. For players who have already finished DiRT 4/Rally or WRC 7, Sebastien Loeb Rally Evo might provide a new challenge for them. 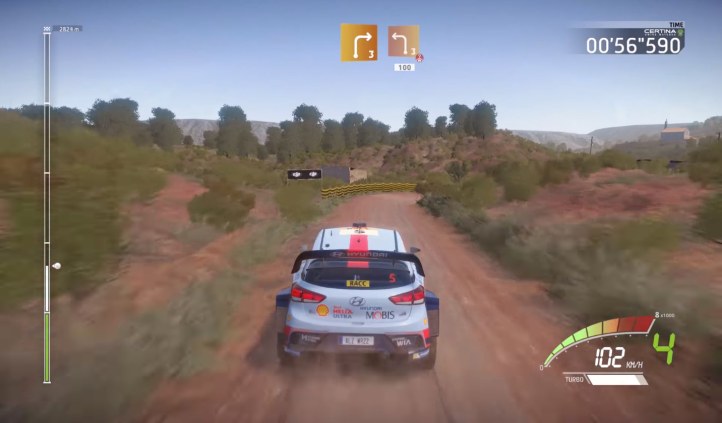 – See It On Amazon: PS4 | Xbox One
WRC 7 is the newest game in the WRC games series. WRC 7 has improved over previous titles in the series, with better graphics and handling, and some of the best narrow tracks ever created in a rally game. Yes, I said the best!, the tracks in WRC 7 are awesome. The gameplay in WRC 7 is not as simulation like when compared to DiRT Rally, I would say WRC 7 is more of an arcade/simulation style rally game. Even though WRC 7 is faster, more arcadey, and less physics based compared to other similar rally racers, the core gameplay is still really challenging and fun. Some gamers might prefer the more arcadey feel WRC 7 provides compared to other rally simulators. WRC 7 feels unique enough and has a lot to offer to warrant a play through. If you have ever thought about trying WRC games, WRC 7 is the best title to start with.
– Gameplay Video 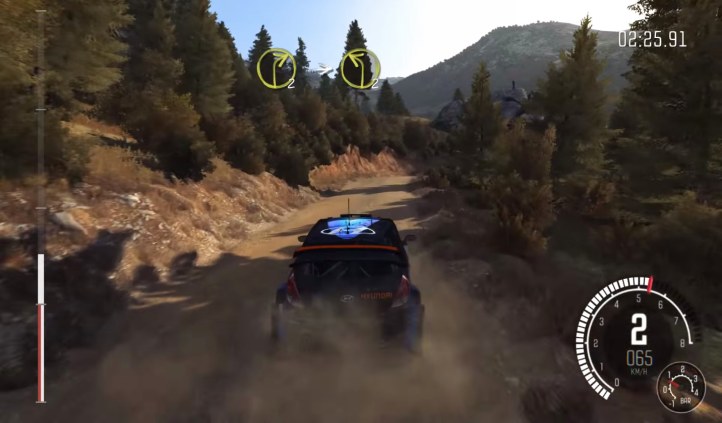 – See It On Amazon: PS4 | Xbox One
If you are looking for the ultimate rally simulation experience, DiRT Rally is the game to play. DiRT Rally won’t hold your hand starting out, like DiRT 4 will. Learning how to turn properly and practicing is a must if you want to master the tracks in DiRT Rally. The simulation handling is spot on and the physics are very realistic, making this the perfect rally simulator to play using a racing wheel controller. DiRT Rally showcases some of the best rally track events from Finland, Sweden, Colorado and more. There is also a good amount of rallycross courses. The graphics in DiRT Rally are a joy to look at, with some of the best cars, roads, and environmental graphics I have seen in a rally game. The campaign in DiRT Rally is a little bare compared to DiRT 4 when comes to the number of tracks and cars available. If Rally simulation is your first priority, you should consider DiRT Rally over any other game on this list.
– Gameplay Video

– See It On Amazon: PS4 | Xbox One
DiRT 4 is probably the most accessible game for newcomers on this top list. DiRT 4 provides easier handling when playing in the optional Gamer mode. A tutorial mode is also present from the start. The rally school is a free roam area where you can practice and test out different cars. What I loved most about DiRT 4 is the extensive campaign mode full of awesome procedural generated tracks. Most campaign tracks in DiRT 4 are shorter in length when compared to other rally games, but are done really well. The campaign mode also encourages you to test out different cars and upgrade them. The amount of cars and customization’s available is impressive. If you somehow become bored of the near endless procedural generated tracks, you can always create your own with the custom stage creator. The lighting and road surface graphics look gorgeous in Dirt 4, although I think DiRT Rally beats it in the overall graphics department. DiRT 4 has enough modes, content, and a variety of options available to keep casual and hardcore rally racing players happy.
– Gameplay Video

The following games either barely missed our list or are loosely related to the rally racing genre.

DiRT 3 (Xbox One Backwards Compatible) – An older game in the DiRT series that’s still fun to play. Like DiRT 4, DiRT 3 is jam-packed with content and options.

Forza Horizon 2 (With Storm Island add on) (Xbox One Exclusive) – The storm island expansion adds in a few rally style tracks and vehicles to Forza Horizon 2. It’s not considered a rally expansion though.

Gran Turismo Sport (Rally Racing mode) (PS4 Exclusive) – The rally circuit is not that great, but GT Sport is also not traditionally a rally game. The rally mode physics are bad, the tracks are too wide, and the cars have awkward handling. I suppose if you already own GT Sport or are planning on buying it, you might want to give the rally mode a try. Some gamers seem to like it.