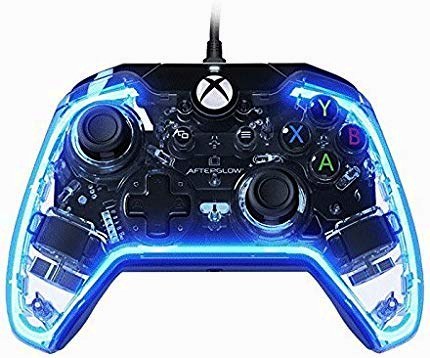 – See It On Amazon
If you’re looking for comfort and style the PDP Afterglow wired controller is a good choice. One of the Afterglow’s neatest features is its LED lighting. You can set the LED light to 8 different colors. Afterglow is definitely one of the most attractive controllers I have ever seen. Afterglow has a comfortable design that’s similar to the official Xbox One wireless controller.  The controllers plastic is cheaply made, so try not to drop it on the floor.

My biggest issue with Afterglow controllers is they tend to break after several months of use. The triggers and left thumbsticks have broken on me. This is just my experience though.  I probably overplayed these controllers and didn’t treat them right. If end up buying an Afterglow be sure to take extra care of it. The build quality is lacking a little. 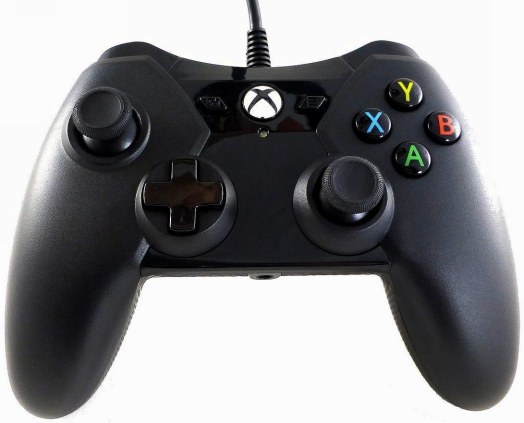 – See It On Amazon
The PowerA is the cheapest priced wired controller on this list. Don’t let the price fool you though, this controller is high quality. There are no fancy additions with the PowerA. It’s just a well made, long-lasting wired controller with a sturdy compact design. The PowerA is not as comfortable as the official wireless controller, but it feels good enough. The only real issues with the PowerA is the triggers and the dual rumble motors. The triggers feel a little awkward, but I’m sure most gamers won’t complain about it. The rumbles are also a little less impactful compared to the official controller. 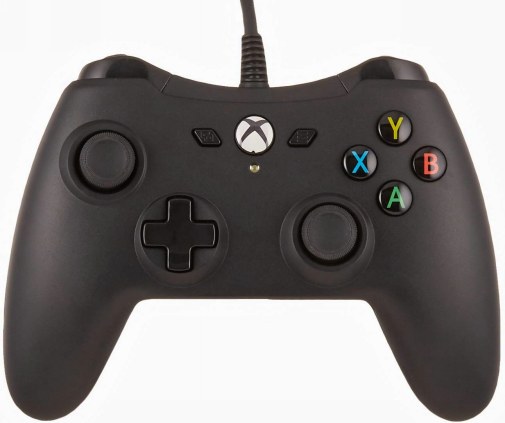