If you are on a budget or don’t feel like paying $50 plus for an official Nintendo Switch Pro Controller. Hopefully, this article helps you out. Listed below are the highest rated, highest quality, best working, wired & wireless generic Nintendo Switch Pro controllers available to buy for a cheap price. It’s a known fact that generic controllers are never better than official ones. However, these alternatives are all worth their low prices! 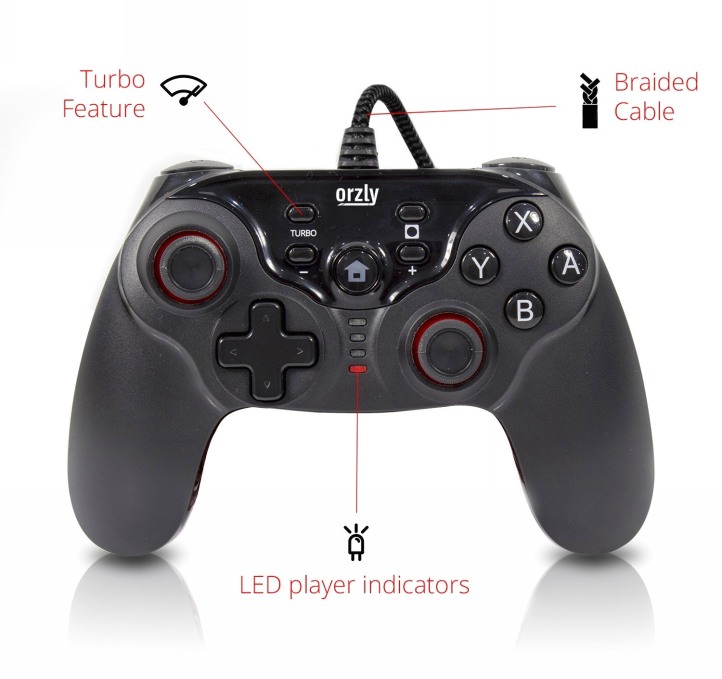 – See It On Amazon
A simple easy to connect a generic wired controller that resembles the official switch pro controller’s shape (but smaller) with a long 10ft cord. The worst parts about this controller are the odd feeling D-Pad, that might be a problem in some games, and no HD rumble or Gyro motion. Orzly has a nice turbo button feature for rapid-fire gameplay, that can be easily turned off or on at any time. It is questionable how long it will last without something breaking, but the quality seems to be good enough, with a very tight design.
NOTE: If your Orzly controller does not work out of the box please apply Orzly Switch 5.0 upgrade fix here, by connecting it to a computer and downloading necessary update files. 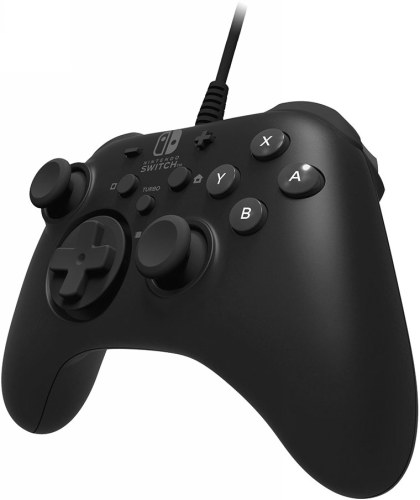 – See It On Amazon
HORIPAD is One of the most popular generic wired controllers for the Switch. It’s a Nintendo officially licensed third-party controller. This controller tries to mimic the official Switch Pro controller in every way. When it comes to shape, Color and materiel HORIPAD looks the closest to the real thing. It isn’t wireless but luckily has a long 10ft cord. The D-Pad is also pretty good as long as you don’t mind circular floating D-Pads. There is also an added turbo button to speed button presses up. Of course, there is no HD rumble or Gyro and you will have to buy a C adapter if you want to use it undocked. 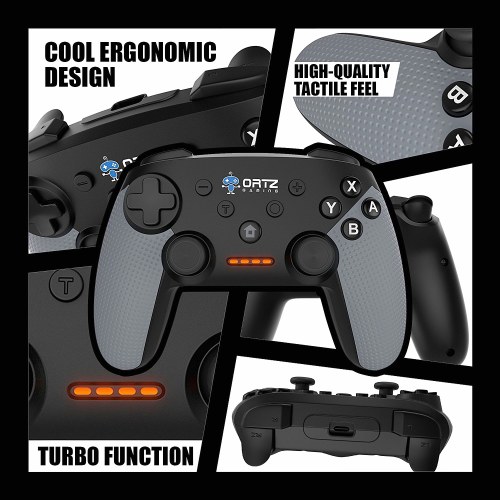 – See It On Amazon
The Ortz Switch controller is probably the best option for wireless generics at the moment. The gamepads shape resembles an Xbox 360 controller, only slightly smaller and narrow from the handles. The Ortz actually feels really nice, the handle grips are a good feature also. It has a great wireless range, with up to 8 meters distance (about 26ft). If you are using it within 15 ft or closer range there should be absolutely no Input lag. The controller performs well, but the D-pad might be a bit flat for some gamers. There is also no gyro motion controls. Overall Ortz has a great design and is built better than many other off brand controllers. The controller does lack proper directions, so I included them below.
How to connect to Nintendo Switch: Power on the Switch> Power on this controller> Hold down the Home/Power button until the controller pops up in the available Bluetooth controllers. 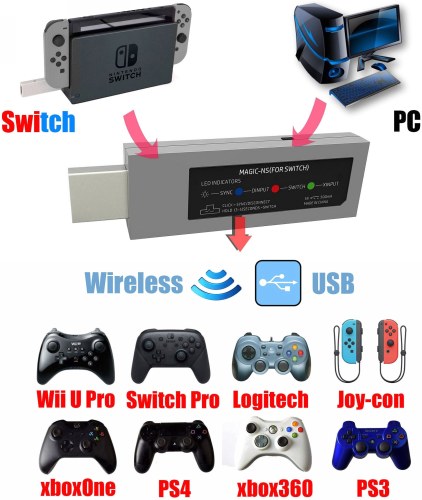 – See It On Amazon
– MayFlash Magic-NS Quick Start Guide & Information
– MayFlash Magic-NS Driver Updates (Might come in handy in the future)
This is actually not a controller, but an adapter that plugs into the USB port. The MayFlash Magic-NS allows you to connect all your old wired or wireless video game controllers to your Nintendo switch flawlessly, with no input lag. It currently supports PS4, PS3, Wii U Pro, Xbox One S, Xbox One, XBox 360 wired and most wired Logitech PC controllers. I think this is the best alternative option if you have old official controllers laying around from other video game consoles you own already. The setup is very easy and the support for this device is great, with new driver updates released often. Don’t expect to connect all your spare controllers with one MayFlash Adapter. For each Adapter you have connected, you can connect 1 controller. So for example, if you wanted to connect two PS4 controllers to your switch, you would need two MayFlash Magic-NS adapters plugged in.