Best Baseball Games On PS4 Or Xbox One So Far 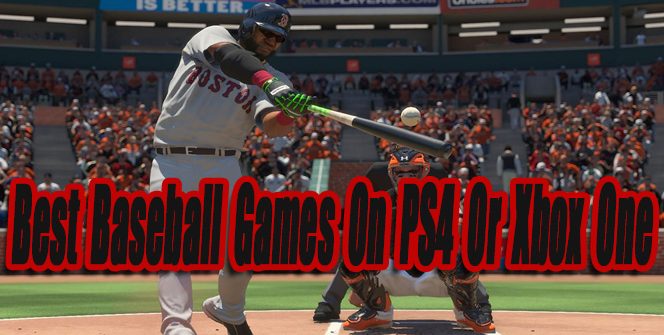 This generation of gaming has looked a little slim when it comes to the variety of competing Baseball games on both PS4 and Xbox One. So far the obvious series of choice has been PS4’s exclusive series MLB The Show. However, there have been other good Baseball games released for both consoles. Most are smaller overlooked niche titles, that deserve a mention at least. 2018 looks like a great year for Baseball games. With large improvements and new features coming to MLB The Show 18, Super Mega Baseball 2, and R.B.I Baseball 18. This article ranks the best baseball games currently released on both PS4 or Xbox One. When new games are released, this article will be updated. 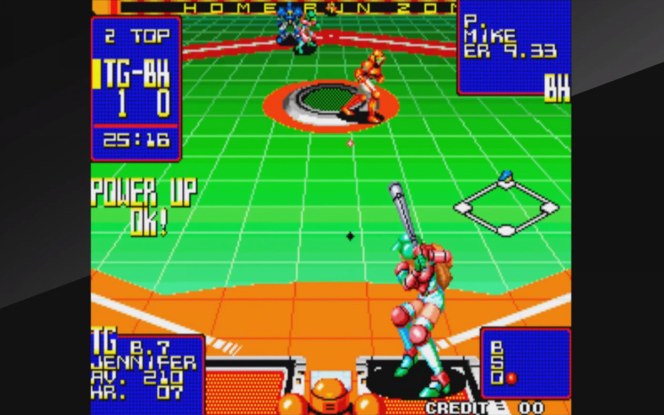 – See It On Marketplaces: PS4 | Xbox One
NEOGEO 2020 Super Baseball is a classic SNK arcade game, featuring cybernetic humans and robots playing baseball. The game features 12 teams to play as, with 2 leagues to choose from. This game is very entertaining, thanks to the music, sound effects, and fast arcadey gameplay. It also does a few things differently, such as rewarding the player with money for making good plays and setting obstacles in the outfield, like landmines. With the money earned the player can upgrade his baseball character stats, which can help with strength, running and purchasing items. Compete against a friend or against the computer and try to win the championship. It was a nice surprise seeing this ported to PS4 & Xbox One, I really do hope SNK eventually ports my all-time favorite NEOGEO arcade baseball game known as Baseball Stars 2.
– Gameplay Video 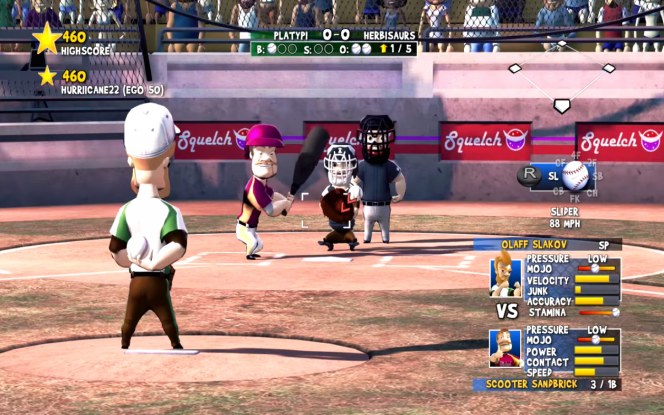 – See It On Amazon For PS4
– See It On Xbox One Marketplace
Don’t let the cartoonish graphics and character animations fool you, Super Mega Baseball ball is a very addicting and solid baseball game. The controls are very tight in Super Mega Baseball. Throwing pitches, batting, running and catching all feel near perfect. I would compare the gameplay to top-notch classic simulators from the PS1 era with more refinements. There are two modes to play. Exhibition mode, if the player just wants to play a single game and season mode if a player wants to play through a season and try to become the league champion. The player can also create his/her own team or characters, customizing looks and stats. If you don’t mind cartoony graphics, Super Mega Baseball is a fantastic overlooked Baseball simulator that’s super fun to play alone or with friends.
– Gameplay Video 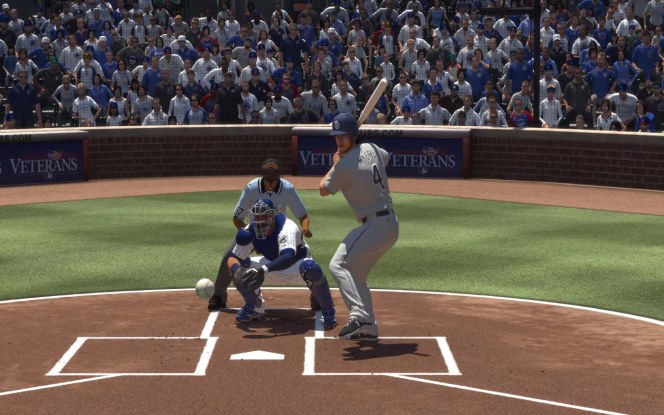 – See It On Amazon
If you’re looking for the best MLB simulation experience, MLB The Show series is the only baseball game option. This is as close as it’s going to get to real life TV Baseball. MLB The Show 17 has a ton of smaller improvements that add up. Such as better graphical textures, lighting, and player animations. The most notable new player animation is the hit varieties, which range differently depending on the baseball player batting. MLB The Show 17’s weakest point is probably the broadcasters. Hearing the same lines too often feels like their voice scripts must have been limited a bit. The road to the show mode is a cool RPG style mode, where you can create a player and manage their carrier on and off the field. It’s fun starting as a newbie and eventually becoming a baseball legend! There is also Franchise mode, where player controls and plays through a season with his/her favorite MLB team. Diamond Dynasty mode is great if the player wants to create and play with there own team. The newest mode added to the series is retro mode. Retro modes graphics, camera angles, and animations compliment classic baseball games, it feels like a totally new game in itself. I personally love gathering up friends and playing online. The Show 17 is not perfect, but it’s still an amazing baseball simulator, that every MLB video game fan should own.
– Gameplay Video

The following games missed our top list. These are not recommended Baseball games. However, some gamers might enjoy them. 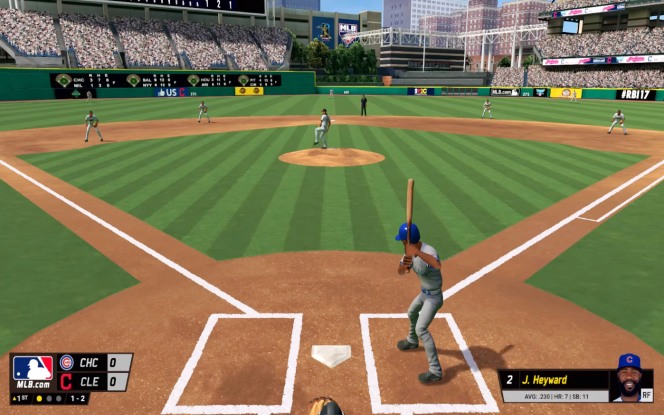 – See It On Amazon: PS4 | Xbox One
This is a below average baseball simulation game, with simple HD mobile graphics (It’s a phone & tablet game port), only one mode (the season mode) and simple gameplay. The AI is ok, but most of the baseball players play alike, so you might become bored pretty fast. It’s nice that the player roster can be updated at least. Players that like old school baseball games might enjoy this, but I don’t believe its really worth your time, especially if you own a PS4 and have the option to buy MLB The Show 17. Before MLB The Show Series added in a retro mode, I thought the RBI Baseball game series was just ok. Really it’s sad that MLB The Show 17’s side retro mode is better than the entire RBI ’17 game in every way. I guess if you only own an Xbox One, enjoy retro baseball gameplay, don’t mind next to no gameplay modes, and can find this game cheap enough, it might be worth checking out!
– Gameplay Video 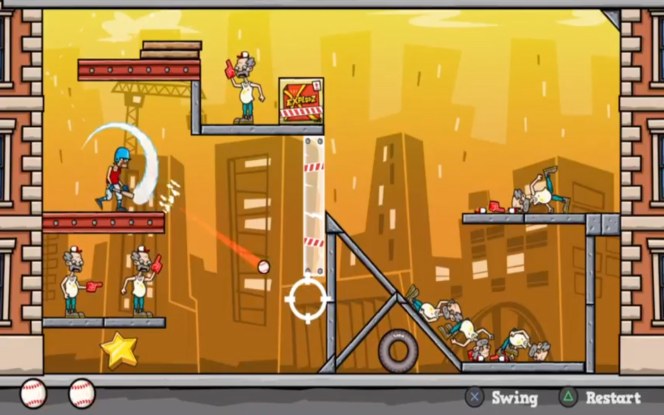 – See It On Amazon For PS4
– See It On Xbox One Marketplace
Baseball Riot is a fun little physics puzzle game where you smash baseballs at goony clown characters. I know you’re probably thinking this is not a real baseball game. However, it does hold a baseball theme. The player will play as Gabe Carpaccio an ex-pro batter on a mission to wipe out the goons in the city. Play through over 100 levels figuring out how to take goons out in 3 hits or less. In each level Knocking down all goons with 1 baseball will earn 3 stars. The stars unlock new levels. Overall this is a fun little Tablet/Phone game ported to PS4 and Xbox One. It won’t be everyone’s thing, but if you have small children in the house, I am sure they will enjoy this one.
– Gameplay Video

– See It On Amazon
MLB The Show 18 promises improvements to all it’s weakest points. Focusing mainly on smaller gameplay element and broadcaster improvements. Hopefully, we will also see some new modes this year!

After being delayed a few times, Super Mega Baseball 2 promises to be a better game in every way, compared to the previous title. The developer’s main focus is on delivering a fantastic online experience this time around.

I am hyped up for R.B.I Baseball 18 and expecting it to be much better than R.B.I 17. R.B.I Baseball 18 will be running on a brand new much-needed graphics/physics engine on consoles. The developers have also promised, new modes and much-improved gameplay.